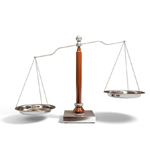 More than once, I’ve heard professionals talk about the sacrifices that they’ve made for their family.

But those sacrifices have a trend to them.

The sacrifice wasn’t taking lower pay in order to be at home. It wasn’t turning down that prestigious project in order to attend better to family.

It always seems to be the reverse: workaholics claim that their extra work at the office is the sacrifice. A sacrifice they’re making for their family.

Take a moment to consider the nature of sacrifice.

Sacrifice occurs when there are two options that both really seem attractive. One option is noble but incredibly painful – the other, usually more personally gratifying but not as generous.

Sacrifice is choosing the nobler option.

But workaholics have a unique ability to phrase their addiction as the nobler option.

Through some mental gymnastics, they portray spending time with family as the self-indulgent thing to do. Long hours at the office are the sacrifice they make for more income for the family.

And that sacrifice is something they feel they should be commended for.

Dig back a few layers, and you uncover what’s really at the root of most workaholism. It’s an addiction to accomplishment, material achievements, and ultimately to self.

That tension leads to inevitable guilt.

And the justifications that workaholics try to pull off are just attempts at reducing that guilt. Convincing themselves that their efforts are actually for their family instead of against their family allows them to continue on with as little guilt as possible.

Look in the Mirror

It’s easy to point a condemning finger at workaholics. But all they’re really doing is choosing the wrong option when faced with a tough decision – and then justifying their choice.

If you think about it – doesn’t that really describe us all in a sense?

How many times do we take the easy way out – and then justify ourselves by claiming our choice was the prudent one? How often do we convince ourselves that our procrastination was just taking care of the small stuff? How often do we portray our selfish choices as being made with the greater good in mind?

Workaholics aren’t the only ones with an incredible ability to deceive themselves. I’m really good at it. And I suspect perhaps you are, too.