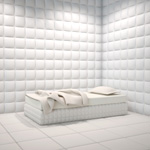 In Willpower, the authors discuss the concept of The Nothing Alternative to procrastination. I had heard similar tricks before – but for some reason, it struck me this time.

My first impression was that it’s a goofy trick. So much about it was illogical.

But after implementing it a little over the past few weeks, I’ve been won over by the benefits.

For an example of this trick, the Willpower authors quote famed writer Raymond Chandler:

“[The professional writer] doesn’t have to write, and if he doesn’t feel like it, he shouldn’t try. He can look out the window or stand on his head and writhe on the floor, but he is not to do any other positive thing, not read, write letters, glance at magazines, or write checks.”

“Write or nothing. It’s the same principle as keeping order in a school. If you make the pupils behave, they will learn something just to keep from being bored. I find it works. Two very simple rules, a. you don’t have to write. B. you can’t do anything else. The rest comes of itself.”

The Nothing Alternative is based off the realization that procrastinators are avoiding something – but they do that by taking another action. Procrastinators don’t avoid tasks and then just sit there. Instead, they’ll browse facebook, check Email, or go grab another cup of coffee.

To avoid task A, they do task B.

So often our approach to fight procrastination is to concentrate on the first part: the avoidance of task A. We pump ourselves up and exert all our willpower to focus, focus, focus on task A.

But the Nothing Alternative attacks the other end: it doesn’t matter if you avoid task A, just don’t do task B.

I’ll be honest. At first, this idea seemed just silly.

If I notice that I’m procrastinating, why don’t I just … get back to work? What is the difference between “work or do nothing” and “just work”?

But surprisingly, I’ve found this trick to be pretty effective.

The Reasons This Works

A small portion of the success could possibly be due to leaving myself the option of doing nothing – which made working more of a choice on my end than a chore. I was choosing the better alternative (I’d rather work than do nothing) instead of the “just work” approach of forcing myself to keep at it through sheer discipline.

But I don’t think that’s why this trick worked for me. I think there are two other reasons that are responsible.

One reason this works is because the novelty of this anti-procrastination strategy made me very aware of when I was procrastinating.

Rarely do I stall with full conscious choice and alertness. Instead, I make decisions about what to do so quickly – they don’t show up on my radar. It’s almost an instinctive quick searching out of distractions for 30 seconds here and there.

So it’s not that this strategy is so brilliant, but that I was devoting more mental energy towards being highly self-aware of my procrastination tendencies.

But I think the main reason this works is because this strategy is what the authors of Willpower refer to as an implementation plan – a predetermined decision of what to do in certain circumstances. “When A happens, then I do B.”

It’s quite easy in those moments to deceive ourselves. We can choose to do a lesser value task, convincing ourselves the whole time that it’s something we need to take care of and that we’ll get back to that difficult task when we’re a little fresher later on.

Research has shown that having to decide between all of these options is much more taxing on our self-control and our mental energy. An implementation plan is much easier to follow psychologically.

What do you think about this strategy? Do you think it sounds like something that would be worthwhile for you?