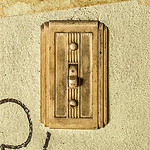 There’s only so much mental effort that you can pour into a particular task before you need a break.

These breaks aren’t giving in to temptation. As mentioned in The Power of Full Engagement, taking the occasional breather helps you increase your energy levels before you tackle that difficult project again.

But there’s another strategy that I’ve toyed with that has allowed me to be quite productive and still enjoy the energizing effects of a break.

In Mark Forster’s Get Everything Done – And Still Have Time to Play, Forster introduces the strategy of strictly alternating between tasks with no break in between.

At the end of your list, you move back to task one and repeat.

As strange as it sounds, this tactic is actually refreshing if done right: take great care to choose and arrange your tasks so that you’re moving from one “space” to another, whether this is mental space or physical space.

Group tasks well and you’ll fly through your work.

I have found this doesn’t work if you move through tasks that are too similar. Moving from one computer task to another and then to another was quite cumbersome, particularly if each task required many programs and folders.

And projects dependent on one another obviously don’t work too well since it just ends up being a big soup of activity.

One of the problems I’ve had (and you may deal with the same) is that I get distracted during a break, and a short break turns into a long one.

This time tip is a great way to avoid that. In fact, that’s probably the largest benefit of this tactic in my experience.

I’m not sure if this is a strategy you could use all the time. But in short bursts, it’s extremely effective.

Give it a shot and let me know if it works for you!