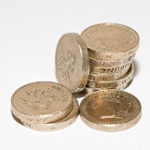 The following is a guest post from Michael Holmes.

No, not “traffic laws” or the stuff they make up “up there on the hill.” I’m talking about natural laws, or principles.

I love these laws because (unlike people and life) they’re timely, timeless, inflexible, and will always produce a certain outcome. Like the law of gravity or the law of cause and effect.

These laws have been used all throughout history.

One of the laws I love is the law of stewardship. This law simply says:
“In order to be given more one must prove that they can handle and master less.”

It’s the reason why God never starts anyone off with big things – they’re first tested with small things.

Faithfulness in the small things is the surest sign of a good steward. It’s more important than talent, skills, vision, or anything else.

From the Inanimate to the Animate

There’s a pattern to the faithfulness of biblical stewards. Before being entrusted with great leadership, heroes of the faith are first stewards of things.

Moses watched over his father-in-law’s flock for 40 years. David slew lions and bears while looking after his father’s sheep.

Joseph’s faithfulness in the small matters led to being promoted to stewardship over all of Potiphar’s house (with his servants). Then Joseph was transferred to jail and was eventually put in charge of the jail and the prisoners.

From Loren:
I was intrigued by Michael’s thought of “things before people.”
What are your thoughts?
What “things” do you think we are put over in our lives today?
What does faithfulness look like in the small things?

About Michael Holmes: Michael Holmes is a blogger and speaker who heads the Simple Strategies for Startups community. He is also the author of I Shall Raise Thee Up: Ancient Principles for Lasting Greatness. You can download 4 free chapters here. You can also find him on Twitter.