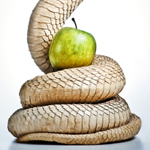 As our local church has flourished, I’ve noticed a particular area of ministry having problems. Those who are involved in leadership in this area don’t go long before busyness and other issues make them ineffective.

It’s not because of the ministry responsibilities or the church staff. Most would say it has nothing to do with church at all – just the cares of life that have swallowed up their time and energy.

But I believe it’s spiritual attack.

And I believe part of the reason this attack has been so successful is that the leaders have not suspected it. To them, it’s just life. It’s just crazy at work. It’s just busy at home.

2 Corinthians 2:10-11
10Anyone whom you forgive, I also forgive. Indeed, what I have forgiven, if I have forgiven anything, has been for your sake in the presence of Christ, 11so that we would not be outwitted by Satan; for we are not ignorant of his designs.

Paul makes it clear here that Satan has his designs. Satan is not some impersonal force that is oblivious to the lives of humans. No, he is actively plotting and planning. He’s a crafty genius that will utilize any avenue in our lives – any foothold he can get – to damage our relationship with God and to keep us ineffective for the kingdom.

And Paul implies it’s possible for us to be outwitted by Satan. Think about that. Paul isn’t speaking about Satan overpowering us. Most often, Satan doesn’t work in our lives by out-muscling us, twisting our arms, or beating us into submission.

In our modern culture, I think some of Satan’s primary tools are busyness and a general “cooling off” towards spiritual matters.

Satan won’t convince you that reading your bible is bad – just that you don’t have time for it today. He won’t tell you prayer is ineffective – just that you’ll have more time to get around to it tomorrow.

Perhaps it’s serving in the church. Maybe it’s being involved in your family. It could be taking care of your health.

Satan doesn’t need to kill you to take you out of the battle. He just needs to keep you going through the motions.

Not Ignorant of His Designs

So how can we resist Satan’s snares and plans? To be sure, it’s important to be obedient and do the right thing (such as Paul’s admonition to forgive in this passage). But there’s a step that comes even before that: not being ignorant of Satan’s designs.

The first step to being victorious in spiritual attack is realizing that you’re under attack.

And don’t think for a minute that Satan doesn’t know that. Disguising his own handprints on your life is part of his deception – part of how he outwits us.

Are you being outwitted?