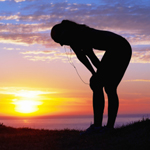 When you’re doing work that matters, temptation will come.

That may sound strange because we fail to grasp what a huge role temptation plays in our lives.

When we think of being tempted, we think of sexual affairs or perhaps the allure of lying for financial gain. We may even think of smaller things such as dieters wanting to munch on some cookies.

But we can learn some valuable lessons when we take a deeper look at temptation.

The discussion of temptation normally brings up this crucial verse:

1 Corinthians 10:13
No temptation has overtaken you that is not common to man. God is faithful, and he will not let you be tempted beyond your ability, but with the temptation he will also provide the way of escape, that you may be able to endure it.

The word for temptation can also be translated as testing or trials. The idea of verse 13 is that in the midst of a trial or an affliction, temptation comes.

As John MacArthur puts it, “Tests and temptations are two sides of the same thing.”

In tough times, we’re tempted to turn our back on God, to grumble, to justify unethical behavior, to cheat our way out of financial trouble. The trial produces temptation.

But this testing doesn’t come just with the major afflictions, of course. Sometimes it comes through the everyday drag of doing hard work.

Let’s face it. Sometimes the going gets tough. When you’re doing something that truly matters, it takes courage and perseverance.

But we can take heart because we have some promises from God about temptation.

No temptation has overtaken you that is not common to man.

No one has gone through the exact details of your situation before, but the important concepts have been played out for centuries.

Let this encourage you that you’re not alone. There are days when you’ll feel that everyone is successful and you’re a failure. Don’t believe the lies you sometimes tell yourself.

God will not let you be tempted beyond your ability.

If you’re facing a challenge, it’s because God already knows that you can beat it.

Even when the going gets tough, you can endure. That’s a promise.

You can stay at the grind day after day. That’s a promise.

God will provide the way of escape

This last promise is my favorite.

Not only will God protect you from challenges too great for you, he’ll make a way of escape for the temptations that do come your way.

But here’s the great thing: the word for escape in this passage isn’t just moving away from something. It’s moving from one thing towards another.

God promises to make a way of fleeing from temptation and into a God-honoring choice.

Taking a Step Back

It’s a great thing when we see God’s promises at work even in the tough tasks that we face day to day. In our daily work of moving step by step towards the horizon, God is with us every step of the way.

But let’s remember that God’s promises aren’t there to empower your dreams. He’s not a force that you can call on to help you achieve whatever selfish aims are in your heart.

His promises function towards his purposes.

We can confidently claim the amazing nature of these promises only when we’re truly on the path that he has for us.

That’s a path that matters – and anything that matters will get tough. But resist the urge to quit: God has promised victory is possible.