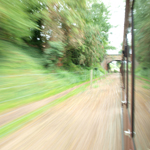 Rest has a way of refocusing us. I touched briefly on this in the last episode of the podcast (God and Rest).

When we live at a busy pace, rest is the chance for us to rejuvenate and avoid burnout. But it goes beyond that.

Rather than simply recharging us so we can tackle our work week, rest can change how we fundamentally view our lives. Rest gives us the ability to refocus.

And we see a great example of this coming from Jesus himself.

To a Desolate Place

Mark 6:30-32
30  The apostles returned to Jesus and told him all that they had done and taught. 31 And he said to them, “Come away by yourselves to a desolate place and rest a while.” For many were coming and going, and they had no leisure even to eat. 32  And they went away in the boat to a desolate place by themselves.

A little earlier in the chapter, Jesus sent out his twelve disciples to drive out demons, heal, and preach. I can only imagine the flurry of activity that would have entailed.

We see here the disciples come back to Jesus, eager to talk about what they had done. It’s hard to fault them for that – I can imagine that’s a natural thing to do after coming back from an assignment.

But I wonder here if the disciples are beginning to get focused on the wrong thing.

What They Had Done and Taught

Up until now, they’ve been following Christ from place to place. They’ve been assisting him, observing him, and learning from him.

Now, they’re off on their own with a mission.

When we’re on mission, there’s a danger that we take our eyes off Jesus and begin focusing on what we’re doing.

So I think Jesus’s instructions to rest aren’t just because of the physical exhaustion the disciples faced.

I think Jesus understood that rest here would be a time for them to refocus. They could shift their attention from activity to relationship. They could keep their eyes on Christ instead of drifting over to their own hustle and bustle.

Evidence of the Need for Refocusing

Interestingly, the disciples never rest at the desolate place. They’re intercepted by a large crowd – a large, hungry crowd that Jesus wants to feed.

When there appeared to be no food to give the crowd, you’d think that a band of disciples who just cast out demons would be the first to suggest some supernatural intervention.

But they didn’t. Instead, they told Jesus there wasn’t enough food around. They looked to their own power and their own reason. I think that’s pretty strong evidence for where their heart was at the time.

Jesus knew they needed refocusing and a renewed spiritual view on life. Jesus knew rest was the key.

Do we allow rest to shift our attention?
Do we use this time to get refocused?
Do we truly slow down enough when we rest?

Are you too focused on activity?